If all teachers made history as enjoyable as bestselling author Bill Bryson does here, we’d all be A+ students in the subject. In his latest fascinating book, Bryson takes us back to the hugely eventful summer of 1927 in the US. It is a thoroughly enjoyable and gripping read. So many characters and stories from just a few hot months of one year impacted on almost everything to come and ushered in the modern world we now live in.

MAY saw unprecedented nationwide interest in a sensational murder trial dubbed “the crime of the century” and the Mississippi River flooded during great storms leaving an area almost the size of Scotland underwater. Terribly, a closer count was made of livestock deaths than those of the poor (and often black) humans that perished. It was America’s most epic disaster yet, in a month when the stock market boomed and prohibition was failing badly.

Young, handsome aviator Charles Lindbergh captured the hearts of the nation and beyond when he took 33 hours to fly across the Atlantic to Paris. Safely landed, he received a heroes welcome as he would everywhere he went for years to come. Hospitals, parks and children were named after him as was a song called “Lucky Lindy” which went on to spawn the Lindy-Hop dance craze.

In JUNE arguably the first celebrity shot to fame – baseball player Babe Ruth. Rising from a difficult background to become the charismatic undisputed star of Major League baseball. 1927 was “a year that no one who knew baseball would ever forget'” writes Bryson.

In other news radio was the wonder of the age, New York overtook London as the world’s largest city and prohibition continued to be farcical and inept. “It made criminals of honest people and actually led to an increase in the amount of drinking in the country,” notes our author. The government even poisoned liquor – some reports claiming this act killed as many as 11,000 people in 1927 alone – all dying in agony just for having a drink!

END_OF_DOCUMENT_TOKEN_TO_BE_REPLACED

THE ALMOST NEARLY PERFECT PEOPLE: THE TRUTH ABOUT THE NORDIC MIRACLE 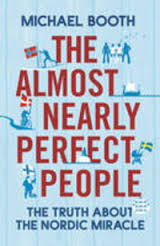 The last few years has seen our enthusiasm for all things Nordic grow. From their bleak television dramas to their chunky knitwear, it seems we can’t get enough of the Scandinavians.

In this timely book, writer Michael Booth leaves his adopted home in Denmark to travel through the five Nordic countries to discover the truth behind the myths and successes of these northern folk.

Booth doesn’t just present us with the answers to these questions and other interesting facts, he writes with humour and gentle teasing about his findings. Some have accused him of being snotty, but I don’t agree, he’s just offering his opinion based on what he experiences from the point of view of his own liberal outlook. Fantastically readable and very funny, there is nothing to skip over here, a book packed with fascinating content. END_OF_DOCUMENT_TOKEN_TO_BE_REPLACED

THE SOCIETY OF THE CROSSED KEYS 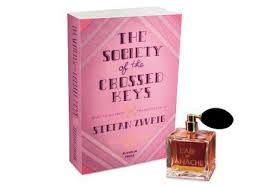 Being a huge fan of film director Wes Anderson I could not wait to dig into this book which I’d heard was the inspiration for his great new movie The Grand Budapest Hotel.

The Society of Crossed Keys contains Anderson’s selections from the writings of the great Austrian author Stefan Zweig.

The book is split into four parts, including a discussion about Zweig’s life and work, extracts from his memoir, a chapter from his only novel and one of his best loved stories in full.

A Conversation with Wes Anderson

Here Anderson talks with Zweig’s biographer George Prochnik in a fascinating discussion where they introduce the author and examine the context in which his work was received at the time and survives today.

Anderson describes how he hadn’t heard of Zweig until six or seven years ago when he bought a copy of Beware of Pity by chance. He then discovered the rest of the Austrian’s work and says here that The Grand Budapest Hotel contains elements “stolen” from several of his stories.

“M. Gustave, the main character who is played by Ralph Fiennes, is modelled significantly on Zweig.”

Prochnik could be describing Anderson’s own films, known for their luxurious colours and eccentric cast of characters, as well as Zweig’s writing when he says “even in the little sketches he gives, there’s something so visually charismatic in just the suggestion of what these places were. We somehow feel an aura of that luminous life…” 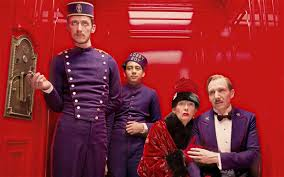 The World of Yesterday – selections from the memoirs of Stefan Zweig

These extracts make up a sizeable chunk of this book and rightly so as they are delightful to read. I am certainly keen to discover his full memoir now as I found this glimpse to be as the back cover described “an unrivalled evocation of bygone Europe.” A Europe before the First World War that I feel we do not know today.

Zweig describes the sense of security integral to his country, and the belief in progress over any religious or political factor. How people became stronger, healthier and more attractive thanks to sporting activities.

“We lived well, we lived with light hearts and mind at ease in old Vienna…”

Zweig offers beautiful, insightful windows into the lives of Austrian-Jews, the liberal optimism of the times, changes in attitudes towards sexuality and his early days as a writer.

“I felt to some extent that this ‘security’ complex weighed me down, made me more likely to be fascinated by those who almost recklessly squandered their lives, their time, their money…and perhaps readers may notice this preference of mine for intense, intemperate characters in my novels and novellas.” END_OF_DOCUMENT_TOKEN_TO_BE_REPLACED

Richard Burton was at one time Hollywood’s most highly paid actor, famed as much for his epic romance with glamorous Elizabeth Taylor and his heavy drinking, as he was for his magnetic performances on stage and screen.

Throughout much of his life, Burton kept a diary. Although he dismissed them as “merely a daily exercise in the observation of frustration,” they have now provided us with an invaluable insight into the life and mind of the legendary actor.

His diaries were published for the first time in full last year having been lovingly edited and referenced by Chris Williams using Burton’s original journals plus other photographs, newspapers, recordings, scripts and books.

The resulting 654 pages are utterly brilliant and as compelling a read as any great novel. Burton is articulate, charming, callous and full of fun and gossip. He writes with such a beautiful and poetic voice that you feel yourself falling for him.

Burton documents a life well lived amongst famous friends and the elite. Frank Sinatra and Marlon Brando cop quite a bit of his wrath throughout!

As well as a journal of his own life it is also interesting to read Burton’s take on history, current affairs, travel and sport. From the moon landings to Churchill, Mussolini to golf, Burton offers intelligent opinions on the topics of the day.

The ease with which he uses quotes from, among others, Shakespeare, Dylan Thomas and  Yeats  to illustrate his thoughts and feelings is a tremendous delight to read and reread. You find yourself marvelling at his cleverness and recall.

We discover that he found the actual daily business of making movies a bore and that he sought other activities to stimulate his mind. He was a very well read man; devouring books almost at the same rate he did vodka and liking nothing better than hiding away from his family and his entourage with a good, or bad, novel. He also studied many languages including French, Italian, Spanish and Russian and liked to watch his weight with what he called “the drinking man’s diet.”

Below I have compiled my favourite Burton quotes from these diaries on subjects such as his darling Elizabeth Taylor, doctors, drinking, social occasions and attacking paparazzi. Please read on, these extracts are beautifully written and often hilarious in their spiteful observation. Who doesn’t love a witty put down? END_OF_DOCUMENT_TOKEN_TO_BE_REPLACED

Thank you for visiting The Southsea Bookworm's reading blog. I'll be updating this site regularly with the latest books I have devoured -for better or worse! I will also be revealing past favourites.